Today our village celebrated it's official 2nd open day ever! ... the one held last year turned into a "soak fest" due to the rains, but today the weather gods were kind to us. We had about 80 people turn up including 2 dogs ... no cats were reported, at least not in any official capacity. 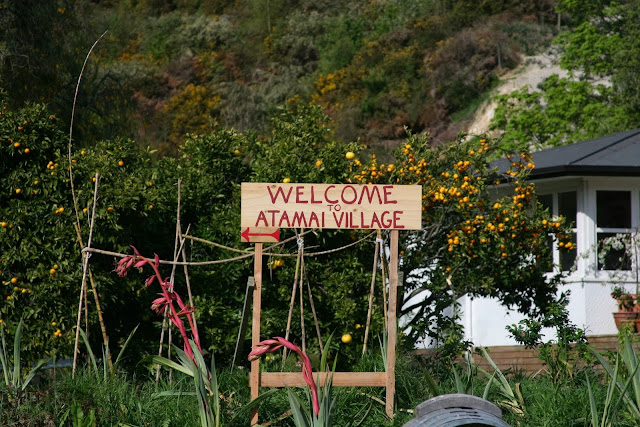 After a bit of preparation the weeks prior, the day started with all of us each helping out to set up the central meeting area. This year we decided to gather on Lot 5 which had a couple of small cabins already situated on it.

Banners, signs and decorations were set up thanks in part to the local Rudolf Steiner school who lent us some of their decoration materials ... much thanks guys! 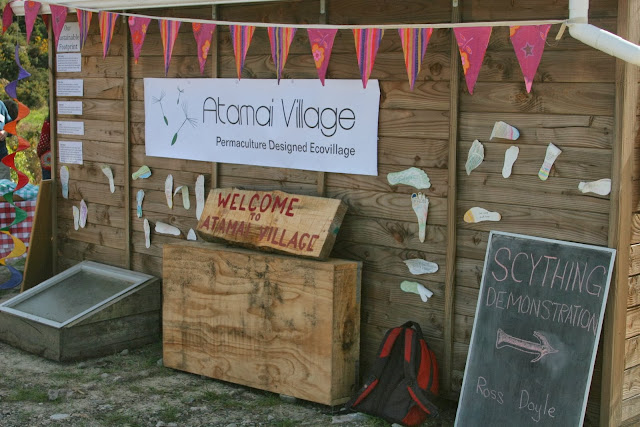 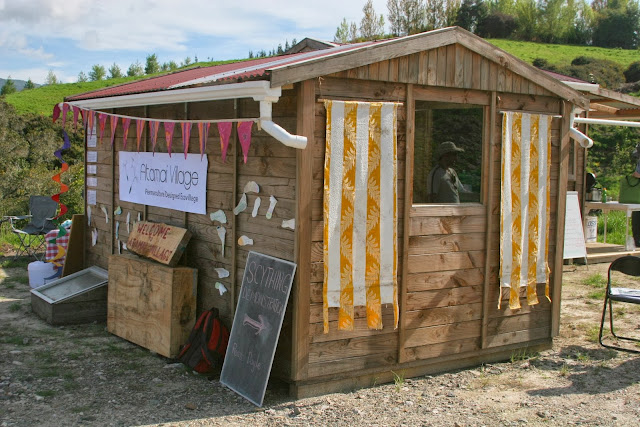 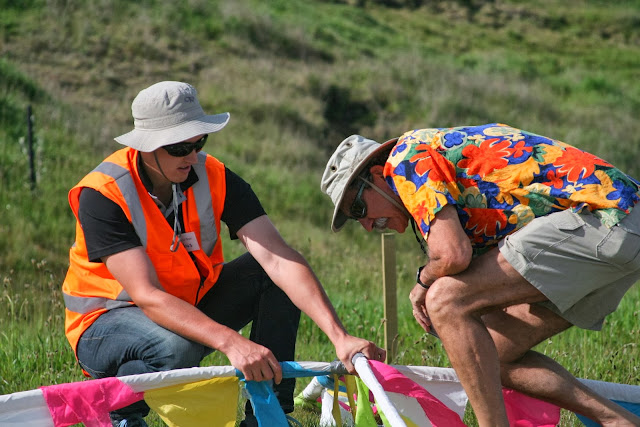 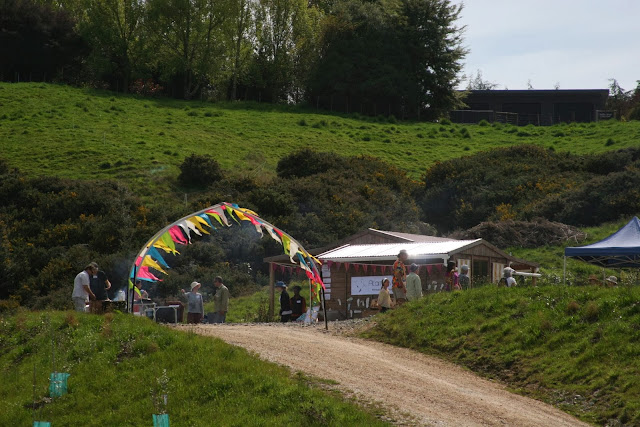 Agent Lukas and Agent Jeff were on walkie talkie duty, taking care of traffic and helping any visitors who needed a lift. 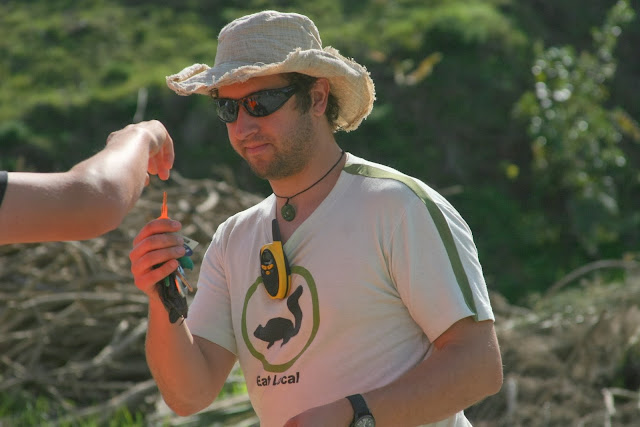 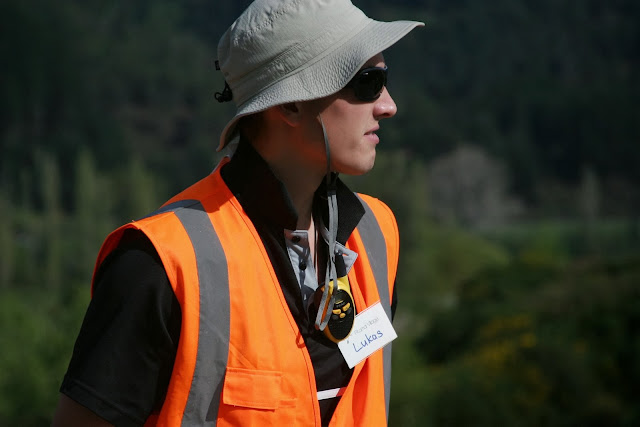 Even the Te Mara farm (Atamai's farm) food stall was stacked with goodies to display the current produce available for sale. Later in the afternoon visitors were given a tour of the farm, together with the Santa Barbara household. 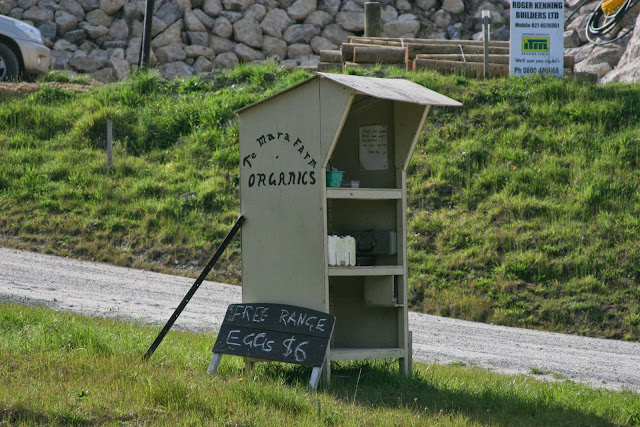 Some of the items on display at the central area included a demonstration of low energy cooking. Here a solar cooker and insulated cooking vessel was displayed. The day was certainly quite suitable for it. 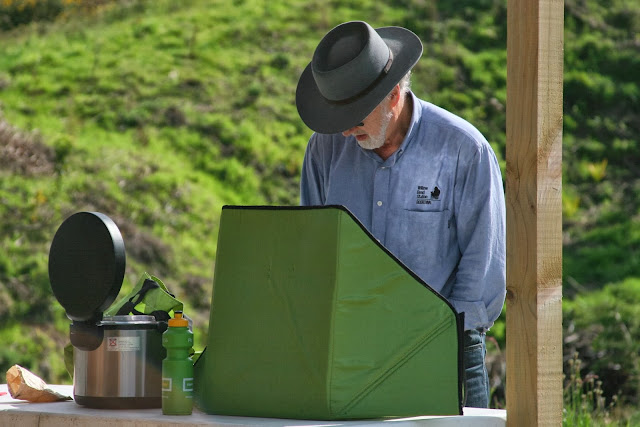 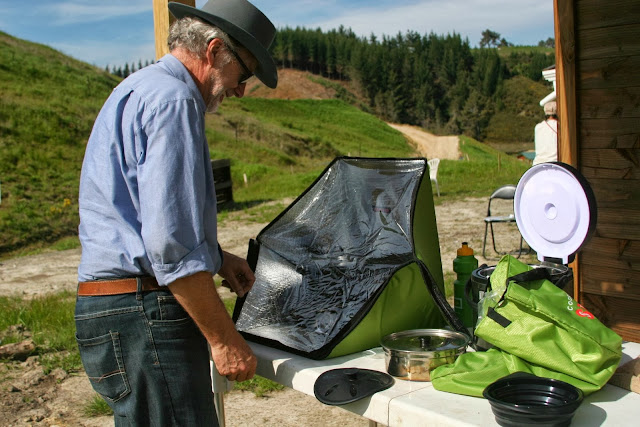 Inside one of the cabins was a display of crafts made in the village and surrounding areas. Below is a sample selection of what we had there:

Ben gave a talk about the village to explain what we are about, and what our aims and aspirations are. This was repeated several times in the day and well attended. It seemed that many of the people who visited were very attuned to the reasons as to why Atamai was created. If you'd like to learn more, read about the village at www.atamaivillage.org. 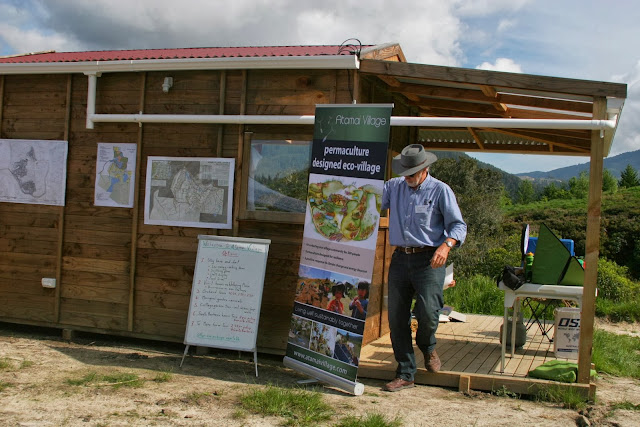 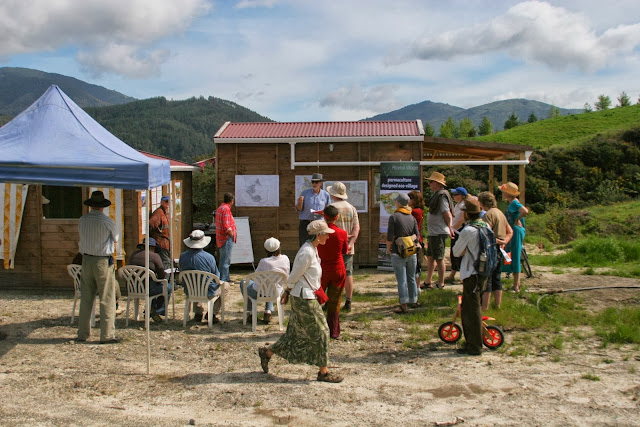 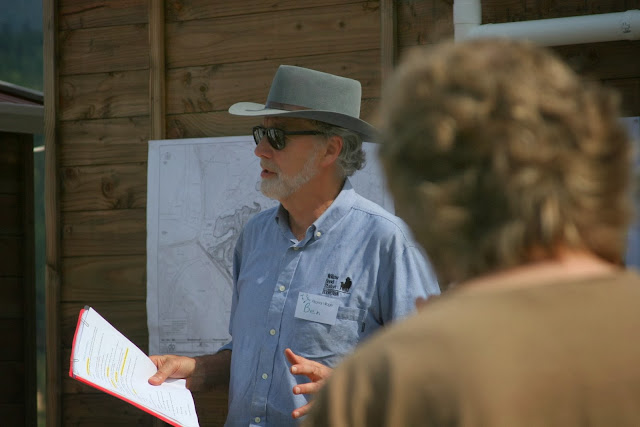 The local Scyting expert Ross Doyle came to give a demonstration of scything on the site. This drew quite a bit of interest, including those who were keen to try it out. 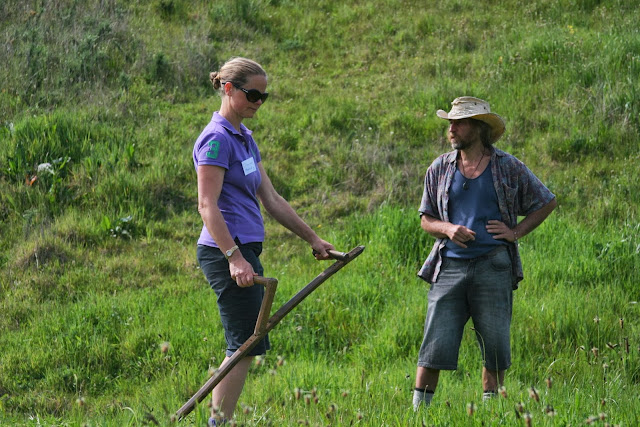 Here are some smiley shots :) 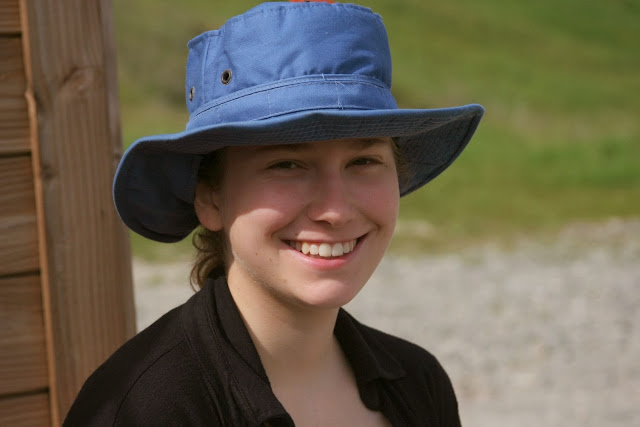 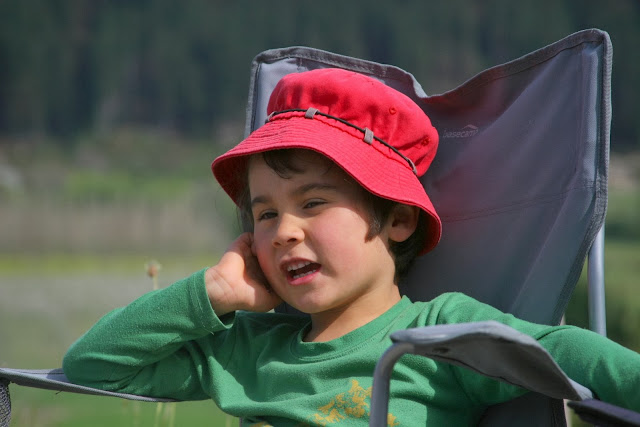 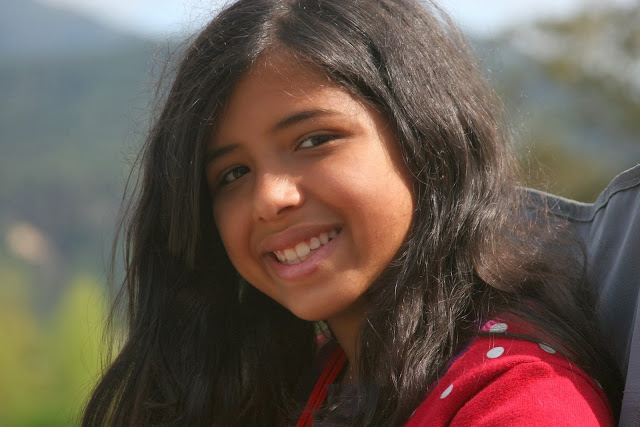 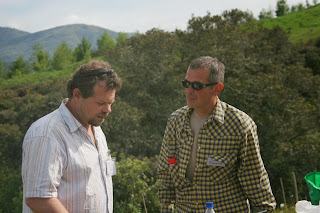 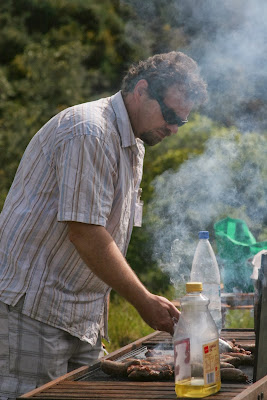 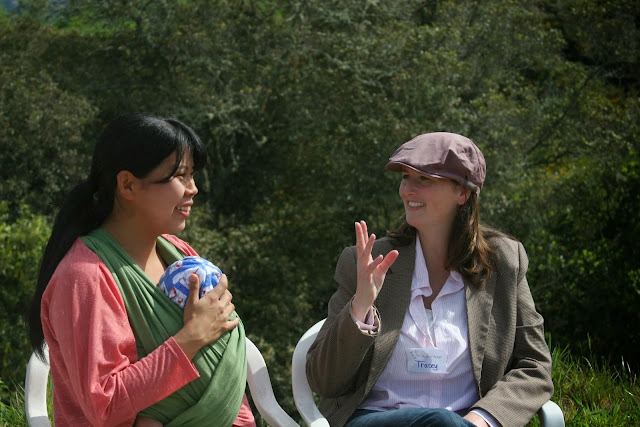 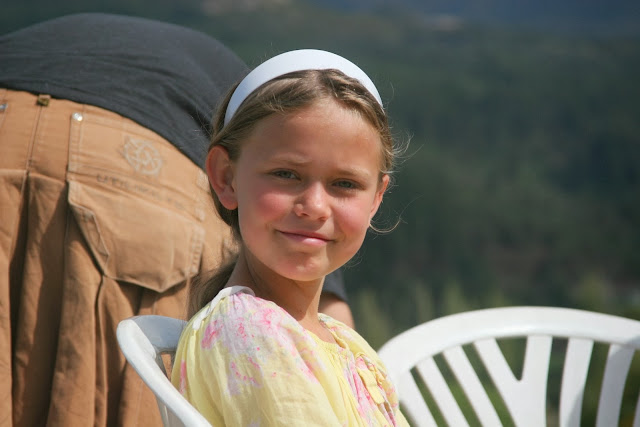 Tours were run throughout the day showing various houses in different stages of build, and what features were incorporated into them to meet goals for resilience and sustainability. A tour of the orchard was also made available to those who were interested, as well as Te Mara farm later in the day.


We ended the day with a debrief of the event and some fish and chips. 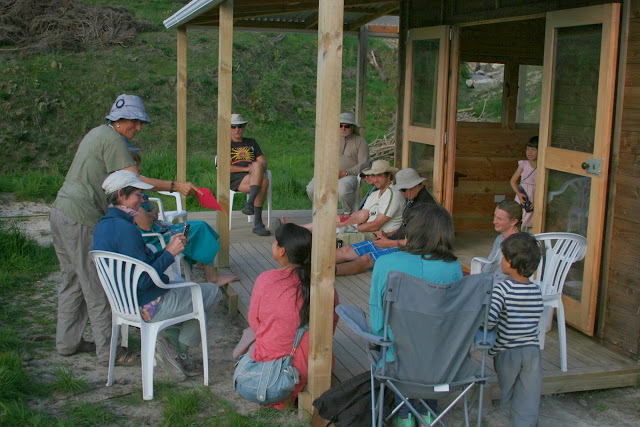 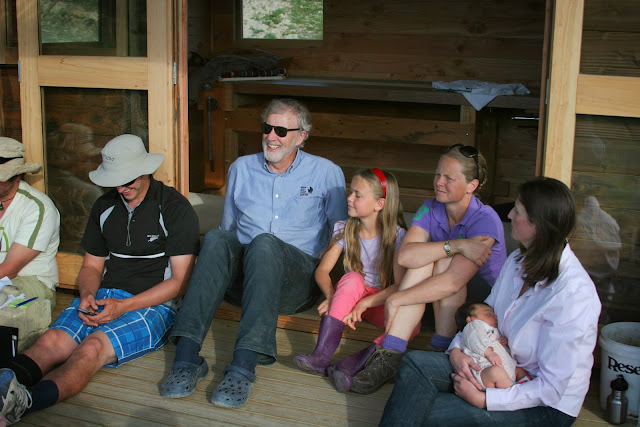 Thanks to everyone who helped make this a great day!

Popular posts from this blog 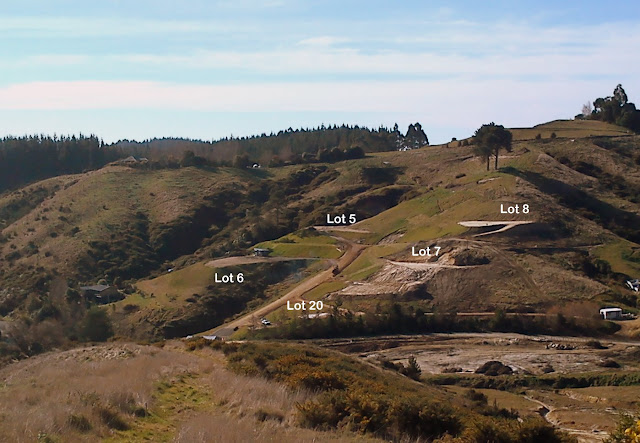 We are gearing up to move to the "soon to be ours" land at Atamai eco-village. We finally decided which land parcel we were interested in, and it turns out Katie and I preferred Lot 6 the most.
Being the early birds here we could choose between Lots 5, 6 or 8. Lot 8 has amazing views but Lot 6 has a larger platform and more privacy nooks, as well as two stream boundaries - making it the choice for us. Lot 5 was taken off the market so it can be enhanced further. This includes an additional platform and a horse shoe lake. However this meant that we weren't able to afford it because of the increased price tag - dang!

Easements are currently being registered with LINZ, and we hope to get the title in our names in 2-4 weeks.

The cabin on our lot belongs to our soon to be neighbours on Lot 7 - they will live in that while their house is being built. It is kinda cool to know your neighbours even before they become your neighbours, a common story he…
Read more 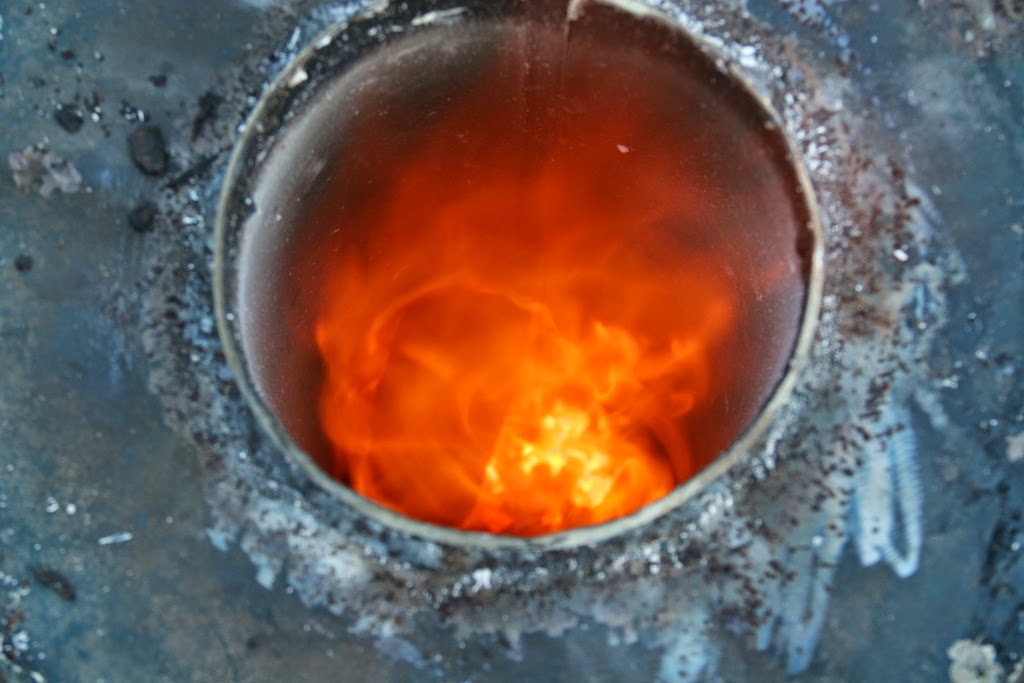 So, you might be curious about the topic of this blog post. Here I will talk about a fascinating topic called Biochar.

Biochar
Bio-what? ... yes, of late I have been fascinated with this whole biochar thing. This is the concept of taking charcoal and putting it in the ground. Very simply, doing this improves the soil's ability to retain moisture and minerals as well as allowing microorganisms to attach to the soil and thrive. You can think of it as turning a desert into an urban megalopolis for microbes, with attached supermarkets! Some tree and vegetation roots have a symbiotic relationship with the microbes, where the roots and microbes mutually benefit from each other. The carbon itself is an inert material (the housing apartment blocks of the microbes), but one that lasts for hundreds or thousands of years.
The natives in the Americas used this very technique many moons ago to great effect, with the added benefit of treating their waste streams to be recycled back into their…
Read more 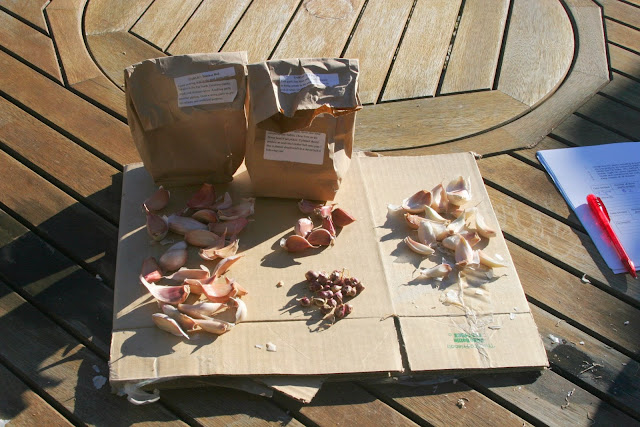 Now that the shortest day has passed, Katie has been busy in the garden getting the onions and garlic into the ground - apparently the best time to do so. Hopefully we'll have a good crop from these.


However I'm really thinking of doing some guerrilla style planting instead, ie. just planting these things anywhere and everywhere there is fertile soil in areas that are more or less suitable and seeing what happens. This could go nicely with our idea of planning our entire site as a food forest, a permaculture design idea where the fruit trees and the undergrowth complement each other and work together to support each others survival. This means that after a few years of baby sitting, hopefully the place will take care of itself. The traditional planting of an orchard just sounds like too much hard work to us ... however before we put any of it to practice, there is much reading and consultation to still do. We will need in some areas to recondition the soil and bring up the eco…
Read more